3 min read
Queensland breeder and owner Linda Huddy was still feeling the effects of a wonderful weekend on Monday morning. TDN AusNZ spoke to Huddy on the achievement of three stakeswinners in a day.

A super Saturday was appropriately celebrated after the Huddy-bred and sold Media Sensation (I Am Invincible) was victorious in the G1 gavelhouse.com New Zealand 1000 Guineas and there were further black type successes to follow closer to home.

The Peachester Lodge colours of Huddy and husband Graham were carried to victory by I’m A Princess (High Chaparral {IRE}) in the G3 Summoned S. at Sandown and by Most Important (I Am Invincible) in the Listed Keith Noud Quality at Doomben.

“It was fantastic, but I think I feel a bit worse today than I did on Sunday, perhaps it’s a delayed hangover.” - Linda Huddy.

“It was fantastic, but I think I feel a bit worse today than I did on Sunday, perhaps it’s a delayed hangover,” Huddy said.

“It was an amazing day. It will never happen again and I wanted to bottle it and keep it forever.”

A sensational filly from Day 1

Media Sensation was sold through the Karaka draft of Lime Country Thoroughbreds for $NZ425,000 in 2017.

“She was always a lovely filly and if we had sold her at the main sales in Australia she would have been one of 25 or 30 I Am Invincibles and she’s out of a New Zealand family,” Huddy said.

“We thought in New Zealand she would be more of a stand out.” – Linda Huddy.

“We thought in New Zealand she would be more of a stand out.”

“We’ve got a full-sister on the ground and she’s not for sale, we haven’t got another filly out of her, and we’re waiting on a scan to Fastnet Rock,” Huddy said. 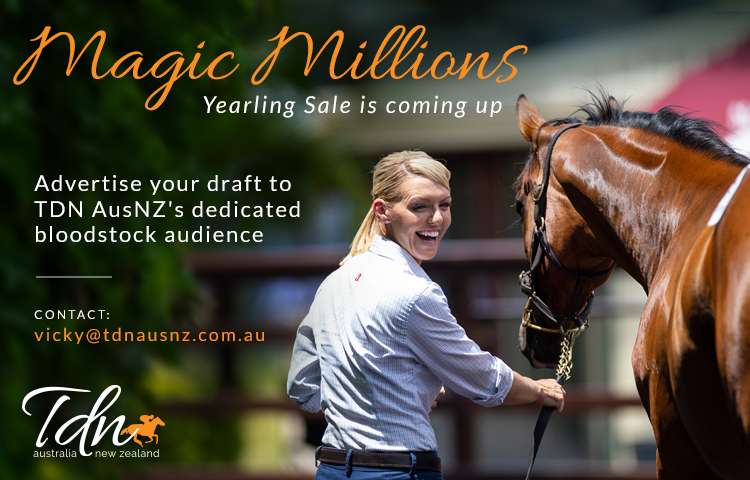 Special place for the princess

Home-bred I’m A Princess, winner of the G3 Summoned S. at Sandown and trained by Tony McEvoy, is out of Pentamerous (NZ) (Pentire {GB}). She is a sister to the Huddy’s five-time Group 1 winner Shoot Out (High Chaparral {IRE}).

“We’re keeping our fingers and toes crossed that she’s in foal to Toronado.” – Linda Huddy.

“Pentamerous is 18 now and (I’m A) Princess was her last foal,” Huddy said. “We’re keeping our fingers and toes crossed that she’s in foal to Toronado,” she said.

“In know you shouldn’t have favourite children, but Princess is one of ours. She’s such a lovely natured mare and an outstanding type. She was a princess from day one so it was a big thrill on Saturday.”

The Tony Gollan-prepared Most Important, winner of the Listed Keith Noud Quality at Doomben, was a $260,000 purchase from the Magic Millions Gold Coast Sale and is one of seven winners produced by Orange Marmalade (NZ) (Stravinsky {USA}).

The Huddys have a dozen broodmares in Australia and another 10 based in New Zealand at the Hawkins family’s Wentwood Grange.

“We’ve got 10 shares in Preferment and his foals are outstanding,” she said.

The Huddys were also involved in the ownership of the four-time Group 1 winner Preferment (NZ), who retired to Brighthill Farm in 2017.