5 min read
Now that the Magic Millions 2019 Gold Coast Yearling Sale has been released the hard work begins with yearling preparations in full swing and buyers hitting the road to conduct on-farm inspections.

While Magic Millions vendors are busy preparing their young charges for sale, buyers like Triple Crown Syndications' Chris and Michael Ward will be dedicating much of the next two months to finding the future Redzel (Snitzel) within a catalogue that is destined to produce a Champion or two.

Triple Crown famously snapped up Redzel for $120,000 at the 2014 Magic Millions Gold Coast Sale and the star sprinter has now gone on to win over $15 million, including back-to-back victories in Australia's richest race, The Everest.

But such successes don't come easy and Triple Crown, who bought six yearlings at last year's sale, will be working hard to find the right horses in 2019 among the 888 lots in Book 1 and a further 234 in Book 2.

"We will certainly be active. We are looking forward to being up there and are about to get into our inspections the next week or two," Chris Ward said.

"We would probably do half the book beforehand and then get up and do the rest on the Gold Coast as well as second looks."

Triple Crown have a set process for the Magic Millions, and Ward said they would follow it closely again this year.

"My brother Michael and I will go through all the pedigrees in the catalogue well in advance and try and narrow the list a little bit. It will still be a very extensive list as the breeders do a very good job these days," he said.

"Then it comes down to physically inspecting them all and finding the right athletes that fit our criteria. It’s a pretty exhaustive process, but you've got to get it right, you live with the results for the next three or four years."

"You've got to get it right, you live with the results for the next three or four years." - Chris Ward, Triple Crown

Four of the six buys by Triple Crown in 2018 were by first-season sires and Ward said while they don’t have a set plan when it comes to sourcing first crops, there would be particular interest in the progeny of Pride of Dubai and Vancouver. 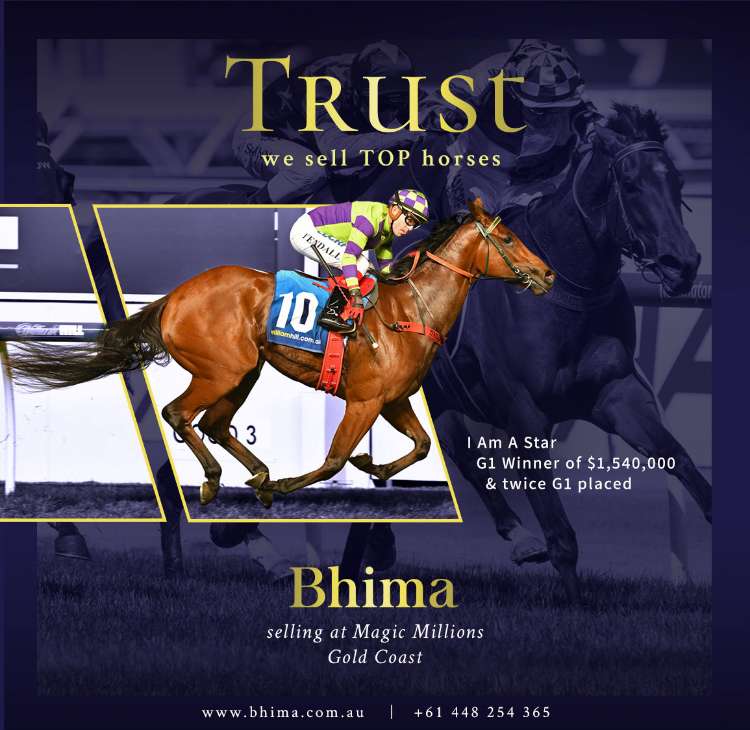 "We’ve had good success with the first-season sires in the past, but it’s different every year," Ward said.

"I certainly think horses like Pride of Dubai and Vancouver are very interesting prospects and I'm sure they’ll make lovely stallions. They are going to give the buyers of those progeny every chance, but we will know more once we get around and inspect a good number of them to get a better feel for them."

In terms of total draft size across both books, Baramul Stud are the leading vendor with 80, ahead of Arrowfield with 66, Newgate with 61 and Coolmore with 57.

From a vendor's perspective, Newgate is offering its biggest ever consignment of yearlings with 61 in total across both books.

Among them are 13 by first-season sire Super One, who Newgate's general manager Bruce Slade expects to make a substantial splash with his first crop of yearlings.

"We are obviously looking forward to offering the first crop yearlings by I Am Invincible’s Champion 2yo son, Super One. We have some sharp running types by him in the draft that will suit the MM sale and these are highlighted by the colt out of Moral Suasion (USA)," Slade said.

"They have been targeted towards this sale a long way out so buyers will find them to be a very even line of athletic horses." - Bruce Slade, Newgate

Newgate's continued emergence as a powerhouse in the Australian market is reflected by the strength and depth of their draft according to Slade.

"This is our biggest MM draft ever by a long way. They have been targeted towards this sale a long way out so buyers will find them to be a very even line of athletic horses whom our yearling manager Jock Harris is prepping with their racing careers at the forefront of his mind," he said.

Widden Stud's graduates from the sale have had significant success over the past few years.

Star filly Sunlight (Zoustar) was sold by Widden at Magic Millions in 2017 for $300,000 and not only did she come back and win the Magic Millions 2YO Classic the following year, she has since gone on to win the G1 Coolmore Stud S.

"In assessing the past few years, Widden's record of consistently offering future Group 1 winners via our Magic Millions draft is quite remarkable," Ryan McEvoy, Widden.

Among Widden's offering of 42 yearlings in 2019 is Sunlight's half-brother by Sebring, a full-sister to Group 1 winner Takedown and a colt out of G1 Sires Produce S. winner Peggy Jean (Myboycharlie {Ire}).