5 min read
The 2019 Gold Coast Yearling Sale catalogue is out and Magic Millions Managing Director Barry Bowditch believes it's the deepest sale in many years.

With record demand for a spot in the catalogue, the Magic Millions 2019 Gold Coast Yearling Sale will offer greater depth and breadth than ever before according to Managing Director Barry Bowditch.

Bowditch takes control of the company’s marquee sale in January for the first time in 2019, coming off a record 2018, where over $156 million was spent on Book 1 at a record clearance rate of 89 per cent with an average price over $225,000.

It's a significant benchmark to achieve again this year but Bowditch believes that the strength of the catalogue, which was released on Monday and contains 888 yearlings in Book 1 and a further 234 in Book 2, should help maintain the success of the past few years.

"Have we tried to make the carnival bigger and better? Definitely." - Barry Bowditch

"Our motto all year has been 'if it ain't broke don’t fix it', so there haven't been major changes, but have we tried to make the carnival bigger and better? Definitely," Bowditch said.

"Obviously, we are incredibly excited by the quality of horses the vendors have entrusted us with in 2019."

"The sales market here in Australia last year went to another level again. Internationally, going to a few sales, it's been quite buoyant this year. It's hard to have expectations on whether it can go further forward. But if we hold our ground, we are in particularly good shape." 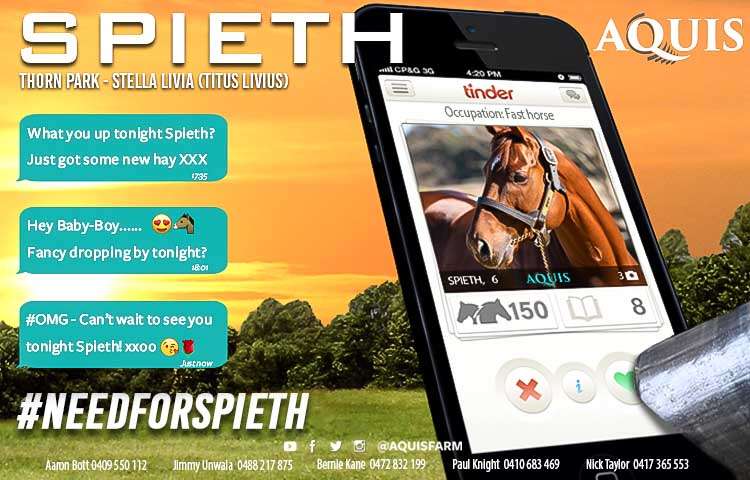 In Magic Millions' favour is the demand for a spot in the sale, which Bowditch feels has led to a terrific depth in the catalogue.

"This year we had 300 more entries than what we had in previous years to choose from. With that, the bloodstock team have indicated that the quality of horses entered has increased again," he said.

"We've always been a sale that select on type. We have had far-and-above the types that we find acceptable for our sale."

"Then the pedigree dictates what we took to the sale. I think the depth of the catalogue, the diversity of the breeds we’ve got, we’ve never had anything like it."

"I think the depth of the catalogue, the diversity of the breeds we’ve got, we’ve never had anything like it." - Barry Bowditch

"I think for buyers coming to January there are a solid type and solid physical that have entered the market which they will come and enjoy."

Among the 888 lots in Book 1 are 37 siblings to Group 1 winners, including full siblings to Estijaab (Snitzel), Secret Agenda (Not A Single Doubt), Jameka (Myboycharlie {Ire}), Awesome Rock (Fastnet Rock) and Takedown (Stratum).

There are three quarter siblings to Brazen Beau, Dissident, Criterion and Nechita and half-siblings to recent G1 Kennedy Oaks winner Aristia as well as D'Argento, Foxplay, Levendi, Oohood and Sunlight.

There are also 34 lots out of Group 1 winning mares.

There is also a substantial representation from first-season sires with Coolmore pair Vancouver and Pride of Dubai represented by 35 lots each across both books.

"Each year, the vendors are keen to showcase their best first-season sired horses in January and with that, we have a great selection of these horses," Bowditch said.

"We are very excited by this year's crop. They are extremely well-credentialed sires that are going to hit the market and I believe the physicals that we've got to market for these clients are up there as good as we've ever had."

Developing the potential client base has been a key strategy for the overall growth of the Gold Coast sale in recent years.

While domestic demand drives a lot of the market, Bowditch said the push to get international clients to the Gold Coast in January continues.

"The international market has been attending the sale in great numbers in recent years. I’d expect more of the same," he said.

"I've just been in America and speaking to people, there is a good level of interest in what is happening in Australia."

"We've got guys going all over different parts of the world in the next six weeks. Obviously, the litmus test will be getting in front of them and having a chat. But we will market this sale heavily."

With the catalogue now being pored over across the world, Bowditch is confident the pieces are in place to make the 2019 edition another significant success for Magic Millions.

"The sale gives buyers the greatest opportunity to buy at all ends of the market," he said.

"The Gold Coast is an amazing and fun place to be, with the polo, the barrier draw, the raceday. It’s a unique event and it’s a must attend."