Australian stallions lead the way at the Spring Carnival

7 min read
As Cup Week 2018 draws to a close, John Berry takes a look at the stallions who had a stellar week of promotion through the performances of their progeny.

No young sire could produce a better piece of self-promotion than hitting the trifecta in a Group One which has been dubbed a ‘stallion-making race’. That is exactly what Widden’s Zoustar (Northern Meteor) did on the opening day of the VRC Carnival at Flemington when he was represented by the first three home in the G1 Coolmore Stud S.

In fact, one could say that the Coolmore Stud S. has now twice filled the role of a stallion-making race as far as Zoustar is concerned. Initially he advertised his stud potential by winning it in 2013 (just as his own sire had done in 2008) and now he has reaffirmed his merit by providing the trifecta with three of his first-crop three-year-olds. 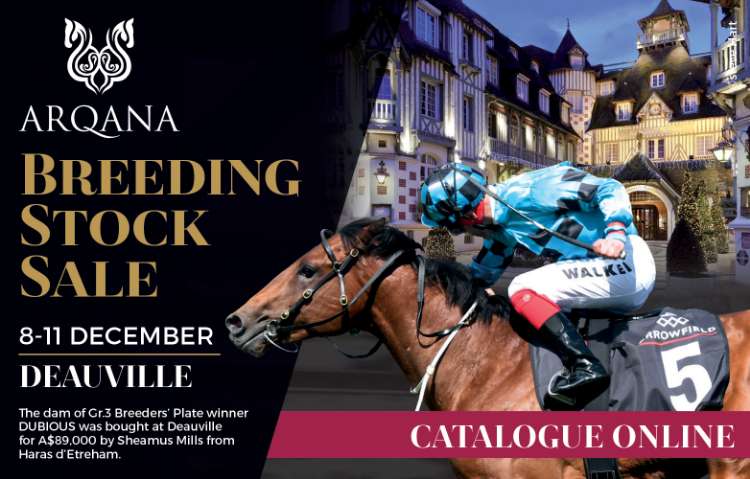 That trifecta (consisting of Sunlight, Zousain and Lean Mean Machine) was, of course, merely one of several instances of a stallion’s profile being raised and/or consolidated during the Carnival. Perhaps the other stallion who did most to promote himself that day was Lonhro (Octagonal {NZ}) who came up with a black-type running double courtesy of Ranier in the G3 Carbine Club S. and Aristia in the G2 Mumm Wakeful S. Furthermore, the next race, the G2 TAB H., was won by the super-tough five-year-old Osborne Bulls (Street Cry {Ire}) who is the second stakes performer produced by the G3-placed Lonhro mare Jerezana.

"Lonhro was not the only Darley stallion to shine during the afternoon." - John Berry

Lonhro was not the only Darley stallion to shine during the afternoon. Sepoy (Elusive Quality {USA}) provided the final Group winner of the afternoon when Divine Quality took the G3 Furphy Sprint S.; while the day’s feature, the G1 Victoria Derby, fell to Extra Brut whose sire Domesday (Red Ransom {USA}) is now standing at Aquis Farm after starting out under the Darley banner. This Classic triumph was a particularly notable landmark for Aquis as Extra Brut is not merely the son of an Aquis-based stallion, but also races in the Aquis livery.

Two of New Zealand’s best stallions, the Waikato Stud-based Savabeel (Zabeel {NZ}) and Haunui Farm’s long-standing shuttler Iffraaj (GB) (Zafonic {USA}), both enjoyed a particularly good Carnival. Iffraaj was one of the stars of the final day, courtesy of the victory of his imported son Jaameh (Ire) in the G3 Queen Elizabeth S. Savabeel produced a winner on each of the first three days, this treble being initiated when his seven-year-old daughter Shillelagh (NZ) doubled her G1 tally by taking the G1 Empire Rose S., having taken the G1 Kennedy Mile S. on the same card 12 months previously. This was a 32nd Australasian Group One strike for Savabeel, who struck on Cup Day with Kaonic (NZ) and on Oaks Day with Savacool (NZ).

Savabeel is New Zealand’s reigning Champion Sire, having topped the General Sires’ Table there in the 2017/’18 season for the fourth year running. He has also won the Dewar Trophy (for NZ-based stallions, judged on combined Australasian earnings) for the past three years. These honours were formerly mopped up by his own sire Zabeel (NZ) and before that by Zabeel’s sire Sir Tristram (USA) (Sir Ivor {USA}).

"No stallions have done more to inject high-class stamina into the thoroughbred population in the antipodes in recent decades than Sir Tristram and Zabeel." - John Berry

No stallions have done more to inject high-class stamina into the thoroughbred population in the antipodes in recent decades than Sir Tristram and Zabeel, and it was very appropriate that the two most distinguished living sires from their line, ie Savabeel and Lonhro, should have enjoyed notable success during the Melbourne Cup Carnival.

Lonhro, whose career reached a peak when he was Australia’s Champion Sire in the 2010/’11 season, further reaffirmed his star status when Aristia backed up five days later to complete the time-honoured G2 Mumm Wakeful S. / G1 Kennedy Victoria Oaks double. It is too common nowadays, particularly around Melbourne Cup time, to hear the lament that there is not enough high-class stamina in the Australasian thoroughbred pool.

However, anyone who falls for this defeatist myth could do well to remember that Lonhro, currently 20-years-young and with a lifetime tally of 10 individual G1 winners in Australasia as well as 2016 G1 Durban July H. winner The Conglomerate in South Africa, is available at a fee of $55,000, which could be viewed as remarkably good value for a former Horse of the Year and Champion Sire.

"It is too common nowadays, particularly around Melbourne Cup time, to hear the lament that there is not enough high-class stamina in the Australasian thoroughbred pool." - John Berry

An alternative option for tapping into this sire-line, of course, is provided at Coolmore, where Lonhro’s five-time G1-winning son Pierro is available at $88,000. Pierro’s credits in the past 12 months include the victories of Pinot in the 2017 G1 Victoria Oaks and of Levendi in the 2018 G1 AJC Australian Derby, while his highlight at the VRC Carnival this year was the G1 placing of his four-year-old son Pierata.

At a more affordable level, the unbeaten dual G1 winner Reset (Zabeel) is still standing as one of the senior figures among the Victorian sires’ ranks, while his G1 Victoria Derby-winning son Rebel Raider stands for merely $6,600 at Wyndholm Park. Rebel Raider reminded us that, like his eminent sire, he is very capable of siring a high-class stayer when his daughter Miner’s Miss ran a bold race to finish third in the Kennedy Victoria Oaks, merely 1.6 lengths adrift of the winner.

"Rebel Raider reminded us that, like his eminent sire, he is very capable of siring a high-class stayer." - John Berry

Further options for Victorian breeders aiming for Classic or Cups glory include the 2013 G1 Melbourne Cup winner Fiorente, who is currently sitting in second place behind Zoustar in the national second-season sires’ standings and whose G2-winning son Stars Of Carrum finished an excellent second to Extra Brut in the G1 Victoria Derby.

The merit of Extra Brut’s Derby-winning performance was emphasised when the admirable Domesday three-year-old backed up seven days later in weight-for-age company in the G1 Seppelt Mackinnon S. and featured as one of three mighty horses who collectively treated the huge crowd to an epic race, finishing a close third behind Trap For Fools (Poet’s Voice {GB}) and Irish Derby winner Latrobe (Ire) (Camelot {Ire}).

Among stallions who specialise at shorter distances, the I Am Invincible success story continued along its merry way when his daughter Vinicunca made a winning debut in the Niarchos colours in the most prestigious juvenile race of the spring, the G3 Maribyrnong Plate. After this extremely promising beginning, one would not rule out Vinicunca (who cost $600,000 at this year’s Inglis Australian Easter Yearling Sale) eventually joining I Am Invincible’s squad of G1-winning offspring, which currently numbers five.

"After this extremely promising beginning, one would not rule out Vinicunca eventually joining I Am Invincible’s squad of G1-winning offspring." - John Berry

Thanks to his extensive success in recent seasons, I Am Invincible (Invincible Spirit {Ire}) has been standing this season at Yarraman Park Stud at a fee of $192,500, which means that he has the second highest published fee of any stallion in the land, behind only Snitzel. It is worth pointing out that Fastnet Rock is listed as ‘private’, and that both Snitzel and Fastnet Rock sired good winners at the Carnival. The latter registered a double on the final day headed by the victory of Dreamforce in the G3 DeRucci Chatham S. two days, which was his second Group win of the Carnival following the triumph of Bleu Roche in the G3 Red Roses S. on Oaks Day.

Two other leading sires to enjoy success at the Carnival were the Woodside Park-based Written Tycoon (Iglesia) and Arrowfield’s Not A Single Doubt (Redoute’s Choice). The former was represented on Cup Day by MSS Security Sprint S. winner Teleplay; while the latter struck on the final day with G2 Matriarch S. heroine Kenedna.