Disruptor the start of Dissident journey

With Dissident's progeny only expected to get stronger into their 3-year-old years, Disruptor's appearance in Saturday's Victory Vein P. at Randwick is a bonus in more ways than one for Newgate's General Manager Bruce Slade.

Disruptor will be the first of Dissident's foals to make his Australian racetrack debut after a filly, Challa was second in a 2YO race at Riccarton Park in New Zealand on Tuesday.

As one of only two Australian Champion Racehorses Of The Year currently at stud, the arrival of his first crop has been eagerly anticipated with the expectation that like their sire, they will improve greatly over the next couple of years.

"It just goes to show you that the trainers are seeing good natural ability and horses who have good minds and are clean of limb." - Bruce Slade, Newgate

"If you take a line through Sebring and his own race performance, having won a Blue Diamond Prelude and come into his own at three, then winning four Group 1s at four, I'd say whatever they show at two, you’d expect improvement in their 3 and 4-year-old years," Slade told TDN AusNZ.

"It’s nice to see them at the races early. It just goes to show you that the trainers are seeing good natural ability and horses who have good minds and are clean of limb." 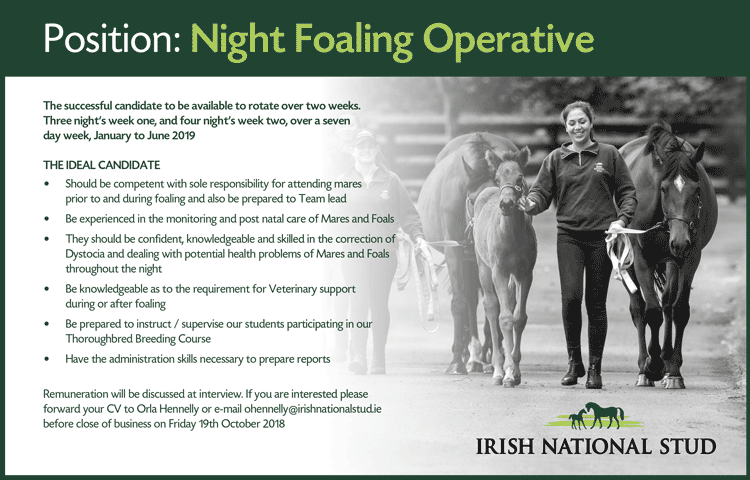 Slade believes the great asset of the stallion is his suitability to some of the best 'colonial' broodmares in Australia. That has allowed breeders to produce horses like Disruptor, who is out of Snitzel mare Sweetener, who is a half-sister to G1 winner Secret Agenda.

"With his pedigree, he really suits mares by Not a Single Doubt, Snitzel, Exceed And Excel and I am Invincible, those sharper mares," he said.

"Physically he suits them too. He's got a lot of leg under him, he's a 16.1hh horse with a big action, so he really does suit those neat, square mares. I suppose that combination and having a lot of those style of mares, it assists him with getting horses to the track a lot earlier."

"With his pedigree, Dissident really suits mares by Not a Single Doubt, Snitzel, Exceed And Excel and I am Invincible, those sharper mares," Bruce Slade, Newgate

Scott Darby, of Darby Racing, paid $150,000 for Disruptor at this year's Classic Sale. He was one of two of Dissident's first crop that he bought, the other being a $160,000 filly.

"I think it’s important to remember no matter which stallion you go to that the female line is really important. This guy is out of a Snitzel mare and the other filly is out of a Not a Single Doubt mare, so with the Dissidents likely to be peaking later, you can have them up-and-about as 2-year olds," Darby said.

Darby is a huge fan of the stallion but admits it's a tough and competitive market.

"They are not easy to get, the right ones. They've been hard to get at the right sort of price. We don't want to spend huge money, but they are athletic horses and well put-together, a lot of them look like Dissident himself," he said.

"People forget that Dissident was out running at two in a Blue Diamond Prelude and was still doing it into his 4-year old year. I think he’ll be super sire to be honest."

Slade's extra interest in Disruptor is the fact he bought a share in the colt after he was purchased by Darby.

"I bought a little piece for myself and my wife. We saw him as a foal at Segenhoe. Peter O'Brien got us over there to see him and a few other Dissident foals and I just loved him at the yearling sales," he said.

"Peter O'Brien got us over there to see him and a few other Dissident foals and I just loved him at the yearling sales." - Bruce Slade, Newgate

Darby thought given Disruptor's pedigree and physical presence, that he might have been out of their league in terms of price, but the colt's x-rays were not ideal and that changed the market.

"We thought he'd make around the $250k mark, so we were quite surprised to get him at that, even with a couple of things there. He was the sort of horse you wanted to go home with, but whether you were willing to pay top dollar for him, but in the end he was quite good buying."

Sent to Gary Portelli, who Darby Racing had such spectacular success with She Will Reign (Manhattan Rain), the aim was to target the Breeders' Plate.

"Whatever we see on Saturday should just be a marker for the future." - Bruce Slade

He wasn't quite ready for that, but his performance in his three trials indicates he has considerable ability.

"He trialled really well first time out, finishing behind Dubious who came out and won the Breeders' Plate," Slade said.

"Every time he has gone to the trials, he's done what has been asked of him and Gary has done a great job of keeping him up the mark and doing what is required to keep him spot-on for his first up run."

"What Ben Melham and James McDonald have both said when they’ve got off the horse is that he's super talented, but you are probably not going to see the best of him until you get to six or seven furlongs and next prep. Whatever we see on Saturday should just be a marker for the future."

As for Darby Racing's other Dissident, the filly out of Charity Belle (Not A Single Doubt), she’s yet to be named, but will be seen in the next few months.

"She's in work now with the Hawkes team. She's had a couple of small preps. They are going to push her a long a bit more this time in and she looks pretty precocious herself," Darby said.