Weir's pair to take on Waller's star in Guineas

Native Soldier (Sepoy) confirmed his spot in the G1 Caulfield Guineas with an all-the-way win in the G3 Ladbrokes Guineas Prelude.

Another dashing performance from Native Soldier has convinced Weir to have a shot at the Guineas, despite some concerns over how he will handle the 1600m.

"He's just a beautiful horse. If you see him in the mounting yard, he's just a cracking type of horse and to go with it, he's got really good ability," - Darren Weir on Native Soldier

"That's the question isn’t it. He would have to do everything right to do it but it's a pretty good race to be trying it in," Weir said after the win.

The trainer admitted that having such a strong, good looking and athletic colt in a race renowned as a maker of stallions was a little too hard to resist. 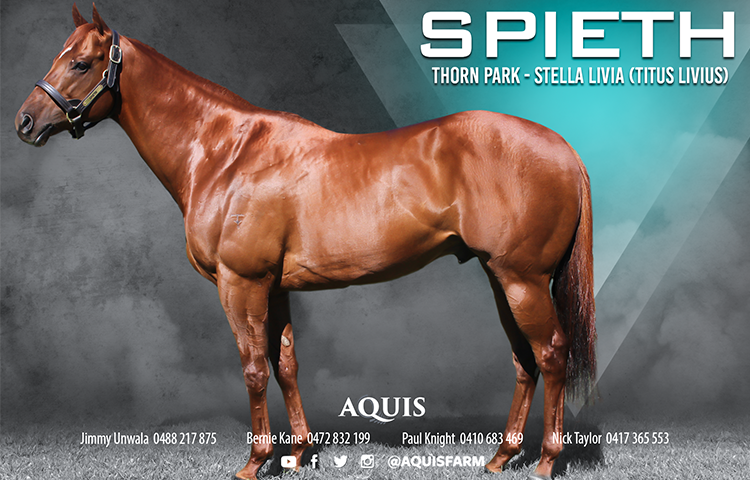 "He's just a beautiful horse. If you see him in the mounting yard, he's just a cracking type of horse and to go with it, he's got really good ability," he said.

"Let’s hope he can win a Group 1 race, because there will be a lot of interest in him if he does."

Leonardo Da Hinchi won the G2 Stutt S. at Moonee Valley on Friday night, confirming he too will go towards the Guineas and confront The Autumn Sun, who was so impressive in winning the G1 Golden Rose S.

Waller has won the Caulfield Guineas once before with Press Statement (Hinchinbrook), while Weir has never won the race.

Weir was happy for the large group of owners who race Native Soldier, many of who were lucky enough to also be involved with his Group 1 winner Stratum Star (Stratum).

"They are a great crew. A lot of them were in Stratum Star. John Foote found this horse at the Gold Coast for us and I told Manfred (Krauser) who was one of the owners of Stratum Star, and he got others involved as well," Weir said.

"They are great to be around whether they win or lose."

Meanwhile, Kris Lees looks set to push the unbeaten Smart Melody (Smart Missile) out to the 1600m of the Thousand Guineas after she maintained her perfect streak with a fifth straight win in the G3 Schweppes Thousand Guineas Prelude.

Smart Melody sat just off the pace and shot clear in the straight, before holding off Thrillster (Starpangledbanner) by a length on the line.

"It was her first time up from 1100m up to 1400m and she raced without cover. Brenton (Avdulla) put a nice gap in them at the top of the straight and the last furlong she probably was running on empty a touch," Lees said.

"I wouldn't say she'd eat up a mile. We’ll reassess and look at the replays, but she was jumping from 1100m a fortnight ago, so I think there's a lot of positives there."

Smart Melody is a clear favourite for the Thousand Guineas, helped by the fact that Saturday's G1 Flight S. winner Oohood (I Am Invincible) is headed to take on the colts and geldings in the Caulfield Guineas, while stablemate Miss Fabulass (Frankel {GB}) is heading to the paddock.

However, Lees will also have newly acquired filly El Dorado Dreaming (Ilovethiscity) in the race after she stormed home from back in the field to finish third behind Smart Melody in her first start for the Newcastle-based trainer.

"She was terrific. She was back in the ruck, and once she got clear she was really strong late. She’ll certainly run the mile out and she’ll be hard to beat," Lees said.