From the day G1 Epsom Hcp contender Arbeitsam (Snitzel) was foaled at Macquarie Stud, David Baxter knew the colt would need a trainer with a bit of patience to get the most out of him as a racehorse.

The third foal from Workhard (Red Ransom {USA}) had a lot of the hallmarks of his dam, notably his height, and Baxter knew that he wouldn’t be a horse who would peak in his 2-year-old year.

"He was tall, an unusually tall yearling," Baxter recalled to TDN AusNZ. "His mother is quite tall. He was well-made and a sound horse."

"We thought he'd be too big to make a 2-year-old and it sort of worked out that way. But he was always a horse with plenty of constitution. You could never give him enough to eat."

"We were hoping he had the ability, because he had everything else to go with it. He had the constitution and fortitude."

"He was always a horse with plenty of constitution. You could never give him enough to eat," David Baxter on Arbeitsam. 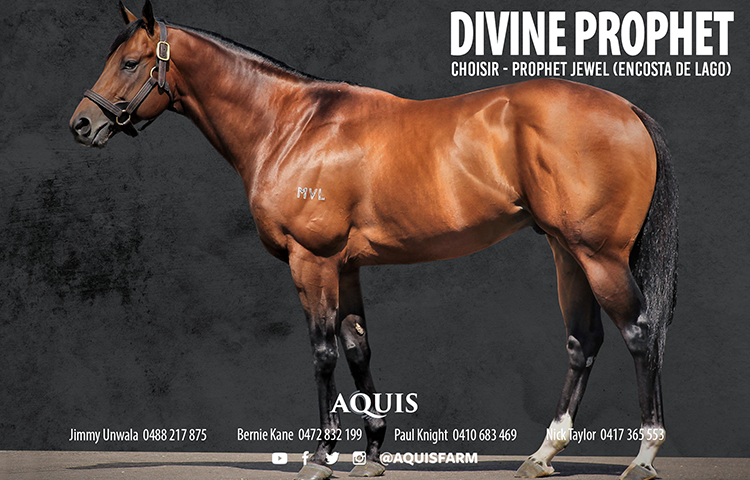 Gai Waterhouse and Adrian Bott obviously saw the same characteristics in Arbeitsam, who was bought for $120,000 by Dynamic Syndications at the 2015 Magic Millions.

They started him just once at two and brought him back as a 3-year-old where the noted front-runner began to race with all the consistency he is now renowned for.

In his first 13 starts, he won six times and was placed on another five occasions, culminating in black-type success in the Listed Rowley Mile at Hawkesbury.

His fourth campaign saw him finish second in this year's Magic Millions Cup on the Gold Coast before returning to Sydney where he collected a win in the G3 Neville Sellwood S. and then, in a career highlight, ran third in the other Randwick mile, The Doncaster.

On Saturday, he'll again be the one they need to chase down when he runs in the TAB Epsom Hcp.

Baxter and his team at Macquarie Stud in Wellington, New South Wales have been following the career of Arbeitsam closely and he believes the 5-year-old is well suited under the handicap conditions on Saturday.

"I thought his last couple of runs have been excellent, I would have thought, leading into a handicap like the Epsom," Baxter said.

"They were just nice runs, good gallops without riding the ears off him and now running for a third weekend in a row, he's rock hard as you can get."

"Without having studied all of them, I think he's beaten the handicapper. We had a very good horse trainer many years ago, a chap named Harry Clark, and he often used to say is the only way to win a big handicap was to beat the handicapper."

Arbeitsam was the third foal to race from Workhard, a mare that Macquarie raced with limited success with John O'Shea.

"She was only lightly raced. She was a big, tall mare by Red Ransom," Baxter said. "She went to Northern Meteor and produced a very big yearling like herself, so we decided to duck back the other way and try to get something a bit more conservative."

After a foal by Denman slipped, she went to Not a Single Doubt and the resultant filly was Payroll, who has been a multiple black-type winner in Victoria for Richard Laming.

"She was passed in, we couldn’t get the money for her there and she was bought a day or two after by the vet Tim Roberts on behalf of the guys in Melbourne," Baxter said.

"She herself is fertile and sound. To be honest, it has been more bad luck than anything." - Simon Baxter

Having produced two Group winners from her first three foals, Workhard is a valuable broodmare, but circumstances have conspired to see her fail to foal in the following three seasons as well as last year.

"She herself is fertile and sound. To be honest, it has been more bad luck than anything," Baxter said. "Last year she was in foal to All Too Hard at 30 days and empty at 50 days. Then it was too late at the end of the year. That happened to her a couple of times along the way."

"That's not a black mark against her breeding history, it was just bad timing."

Workhard has a yearling colt by Scissor Kick who will likely head to the Easter Sales in 2019.

"She herself is sound and in good order, and she was served in the first week of this year by Russian Revolution," Baxter said. "We'll know in ten days or so whether she's in foal or not."

That Russian Revolution foal would be a three-quarter sibling to Arbeitsam.

Breeding top quality racehorses is what Macquarie Stud has been famous for over the past 40 years.

Things aren't as frantic as they were when Macquarie had over 100 foals a season born at the farm, but Baxter is still very busy looking for that next Group 1 contender.

"We've been breeding horses here for 40 years and we attend yearling sales each year at Sydney and the Gold Coast," he said.

"At the moment, we are expecting 25 foals this year, but it varies with clients, they come and go a bit."