Mares staking claims for the future

Segenhoe Stud’s racing team are in a rich vein of form and have the Upper Hunter Valley farm in a good place to generate ongoing success.

Two members of the team added further to the black type haul on Saturday when Winter Bride (Not A Single Doubt) won the G3 Ladbrokes Odds Boost S., at Caulfield and in Sydney the G3 JRA Trophy was claimed by Miss Admiration (Sebring). 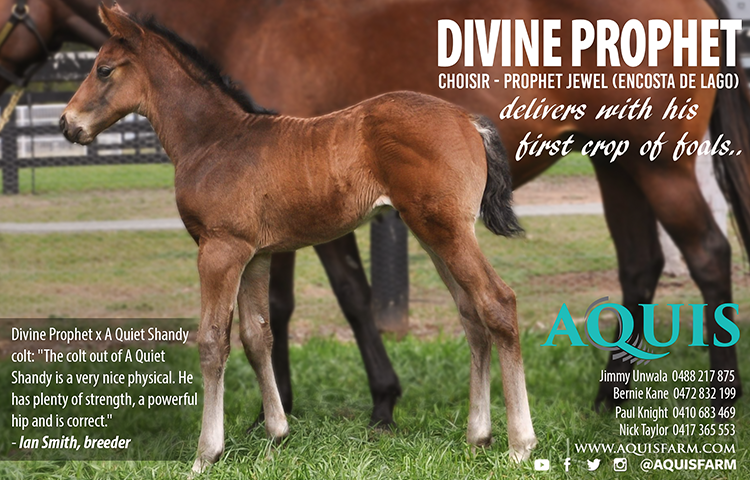 “It’s very hard to go out and buy good mares, so to keep the momentum going and keep improving the broodmare band the plan over the next few years is to make our own,” Peter O’Brien said.

“At the moment, we’ve got Winter Bride, Miss Admiration, Granny Red Shoes and Pretty In Pink, who runs in the Flight S., next, as stakes winners so going forward that’s great.”

The Toby Edmonds-trained Winter Bride has now won four of her last five starts for Segenhoe, who operate a 45-stroing broodmare band.

“Toby has been very patient with her and she’s grown another leg in the last six months,” O’Brien said. “Physically, she’s blossomed. He’s done an outstanding job with her.”

Winter Bride is a daughter of the G2 Emancipation S., winner Amberino (Perugino {USA}), who was sold in 2016 to Vinery Stud for $150,000 at the Inglis Sydney Broodmare Sale.

“Her first two foals had x-ray issues and Winter Bride did as well,” O’Brien said. “It can be hereditary so we sold her and I believe they’ve got a nice Press Statement to sell next year.”

Group 1 placed in the Australasian and Schweppes Oaks at three, Miss Admiration kept a dream alive at Rosehill when she won for the second time in her career.

“The big wish is the Melbourne Cup, but that’s a long way off yet and she’ll run in The Metropolitan,” O’Brien said.

Miss Admiration is out of the Group performer Admiring (Street Cry {IRE}) and is a half-sister to two winners.

“Mick Price picked her out as a yearling and recommended her to us so all credit to him,” O’Brien said.

“She was beautifully placed last season and on Saturday, she’s really coming into her own now.”