Crack colt's suitors not letting up in their pursuit

4 min read
Potential buyers were circling around The Autumn Sun (Redoute’s Choice) before he’d even stepped out on race day and the only thing that’s changed in the interim is the price.

Raced by the Hong Kong-based Hermitage, The Autumn Sun has a massive price tag hanging around his elegant neck and that’s not putting off the serious players. Bidding went further skyward at Rosehill on Saturday when the hottest stallion prospect in Australasia produced an electric performance to triumph in the G1 Golden Rose S.

“There’s plenty of interest in him, as you would expect, and there has been right from the time he went to the trials,” said Oliver Koolman, who manages Hermitage’s thoroughbred portfolio.

“There’s always people knocking on the door. We don’t have the infrastructure ourselves so we would definitely need help when he comes to be a stallion, but at this stage we’re focussed on his racing career.” 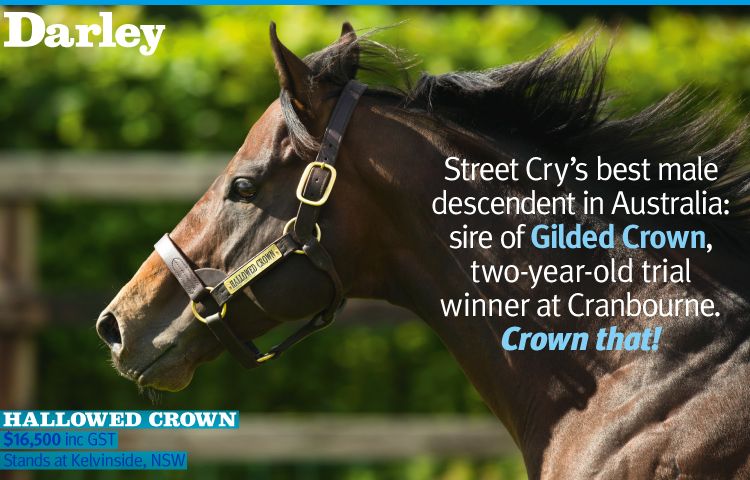 The G1 Australian Derby is the long-term goal for the Chris Waller-trained 3-year-old, who doubled his top-flight tally on Saturday following last season’s G1 JJ Atkins S., at Doomben.

“We won’t be going to the VRC Derby, that’s not a race that attracts us,” Koolman said. “He’ll head toward the Caulfield Guineas and after that he could do with a break.”

“He’ll head toward the Caulfield Guineas and after that he could do with a break.” – Oliver Koolman.

While a crack at the G1 Cox Plate isn’t on their wish list, the Golden Rose wasn’t at one stage either.

“There’s been talk about the Cox Plate, but there’s a horse there that we definitely don’t want to meet up with,” said Koolman with obvious reference to The Autumn Sun’s champion stablemate Winx (Street Cry {IRE}).

“He’s still eight to 12 months off being the finished product so we’re not just looking at a short term racing career, we’re looking at the long term.

“We thought about the Slipper last season, but we didn’t take much convincing not to bust him and to wait.”

“We thought about the Slipper last season, but we didn’t take much convincing not to bust him and to wait.” – Oliver Koolman.

The Autumn Sun has won four of his five starts after he was unluckily beaten into third in the G2 Stan Fox S., in his 3-year-old debut. He put that to rights on Saturday with a stunning last to first display.

“That was a fantastic result for us,” Koolman said. “We never race more than 10 and never less than eight.”

The Autumn Sun was purchased for $700,000 at the Inglis Easter Yearling Sale and signed for by Waller and his right-hand buying man, New Zealand agent Guy Mulcaster.

The colt is a son of Azmiyna (FR) (Galileo {IRE}), a half-sister to the ill-fated multiple Group 1 winner Azamour (IRE) (Night Shift {USA}).

The Golden Rose was a result to savour for Mulcaster as he was also involved in the purchase of The Autumn Sun’s stablemate and runner-up Zousain (Zoustar) for $400,000 at the Magic Millions Gold Coast Yearling Sale.

“Everything worked out really well and the track played fair and allowed horses to make ground,” he said.

“The Autumn Sun has got a lovely international pedigree, he could be a dual Hemisphere stallion in time. It could have gone either way and James McDonald gave Zousain a beautiful ride as well.”

“The Autumn Sun has got a lovely international pedigree so he could be a dual Hemisphere stallion in time.” – Guy Mulcaster.

Mulcaster and Waller also purchased The Autumn Sun’s 3/4-sister by Snitzel at this year’s Easter sale for $1.3 million.

“They both had a lot of natural muscle and great shape,” Mulcaster said. “There were a lot at the Sale that liked her, people knew about The Autumn Sun so it (the price) wasn’t a complete surprise.

“The stable has put together a syndicate to race her. She’s been taken along slowly and they’ve just finished breaking her in.”

Next article
No Nay Never sprinting at stud