4 min read
Typhoon Mangkhut forced Hong Kong racing into a week off, so Alan Carasso takes a look at a selection of interesting griffin purchases that have recently arrived into local stables.

A few weeks ago we took a look at some already-raced gallopers that have been purchased to race in Hong Kong, but those with owner’s permits are also happy to take their chances by deploying bloodstock agents to auction houses across Australasia.

To follow are a handful of some of the more interesting so-called privately purchased ‘griffins’ that have been sent to Hong Kong over the last few months. 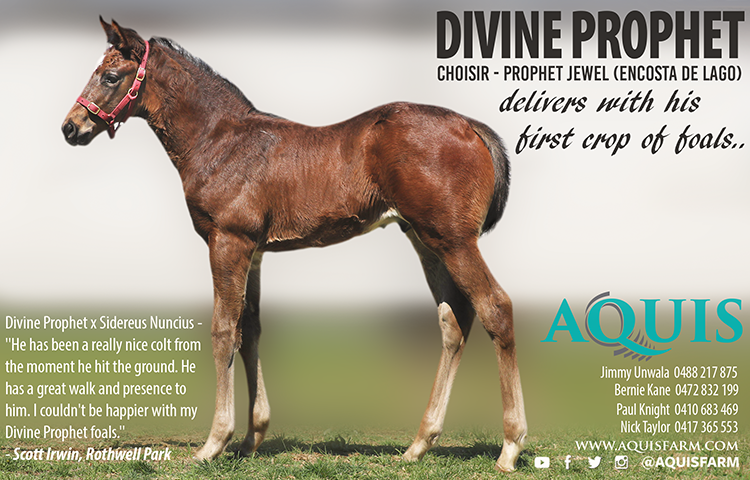 A $300,000 purchase by George Moore Bloodstock out of the 2016 Magic Millions Gold Coast sale, Brave Story is related to three winners from four to race for his dam, including his own brother Va Pensiero, who defeated the likes of Dissident (Sebring) , Zoustar (Northern Meteor) and Criterion (NZ) (Sebring) in the G3 Run to the Rose S. in 2013. Brave Story, whose second dam Amaia (Bletchingly) was a full-sister to G2 Todman Slipper Trial winner Mercury, will be trained by Tony Cruz.

PRINCE OF GEMS (4g I Am Invincible ex Rivers Secret, by Flying Spur)

A half-brother to Singapore SP Peace No War (War Pass {USA}), Prince of Gems hails from a family that has been well received commercially. A $525,000 purchase out of the 2016 Gold Coast sale by Jacky Chan, Little Kwok Hing Hung and Bahen Bloodstock, the bay is a full-brother to Julius Caesar, himself a $750,000 Easter yearling acquisition. The siblings are out of a half-sister to G1 Oakleigh Plate winner River Dove (Hurricane Sky), the dam of G2 Silver Slipper hero Headwater (Exceed and Excel), while the further female family includes former Hong Kong SW & MG1SP One World (Danehill Dancer {Ire}). Dennis Yip will train.

A $115,000 graduate of the 2016 Inglis Great Southern Sale, this colt was led out unsold at Easter the following April, but fetched $140,000 at last year’s Inglis Ready-To-Run Sale. The October foal, to be trained by Benno Yung, is out of a half-sister to GSW Walking or Dancing (NZ) (Falvelon) and SW & GSP Irongail (Canny Lad), while further down the page is G1 Epsom H. winner Hauraki (Reset).

Produced by a half-sister to European Group 2 winner Silk Blossom (Ire) (Barathea {Ire}), this August foal was snapped up by John Foote Bloodstock for $260,000 out of the 2017 Inglis Easter Yearling Sale and will join another talented son of Redoute’s Choice, namely Thewizardofoz, in the yard of John Size. He is bred on the reverse cross responsible for Frankel (GB) among others.

Trainer Ricky Yiu signed the ticket on this September-foaled bay, going to $260,000 for the Arrowfield consignee at the 2017 Gold Coast Yearling Sale. His unraced dam, a half-sister to the SW Fleet (Dehere {USA}), is responsible for 2017 G1 UBET Classic upsetter Secret Agenda (Not a Single Doubt) as well as GSP Sweetener (Snitzel).

Not offered at public auction and not quite as fashionably bred as those listed above, this chestnut gelding has multiple pedigree connections to Hong Kong racing. His sire, a son of USA Claiborne Farm-based War Front (USA) (Danzig {USA}), was Group 3-placed in Europe, then was sold to HK interests, for whom he won the Hong Kong Classic Mile and was third in the Hong Kong Derby before filling the same spot in the G1 QE II Cup. He is the first foal for his dam, a half-sister to the John Size-trained Amazing Kids (NZ) (Falkirk {NZ}), a dual Group 3-winning sprinter at Sha Tin. He, too, will be in the Size barn. B-Colyton Road Holdings Ltd.

By Three Bridges’s Unencumbered, sire of 14 winners from his first crop to race in 2017-2018, this November foal is a maternal grandson of Fulljazz (Redoute’s Choice), whose son D’Argento (So You Think {NZ}) took out the 2018 G1 Rosehill Guineas, was third to the great mare in the Group 1 race named in her honour last month and was most recently runner-up to Home of the Brave (Ire) (Starspangledbanner) in the G2 Theo Marks S. He was an $80,000 Inglis Melbourne Premier Yearling purchase and has joined the Tony Millard barn.

Previous article
Yulong forging ahead with stallion operation
Next article
After all that, Kosciuszko deal done