It's the first official 2-year-old trials at Randwick on Monday, with 14 trials to be staged with the most precocious juvenile talent. Trialers need to finish in a top position to gain a place in the Breeders' Plate and Gimcrack S. to be held in a fortnight.

Stallions sitting at the top of the sire premiership are best represented, with I Am Invincible stock holding 10 entries, and Snitzel and Exceed and Excel with six entries each.

The family of Oslo (Pierro) are used to being the centres of attention and this colt will also be of particular interest when he trials for the first time on Randwick’s Kensington track on Monday.

Trained by Peter and Paul Snowden, the high-profile 2-year-old was a $400,000 Inglis Melbourne Premier Yearling Sale purchase for James Harron and has a pedigree to be proud of. 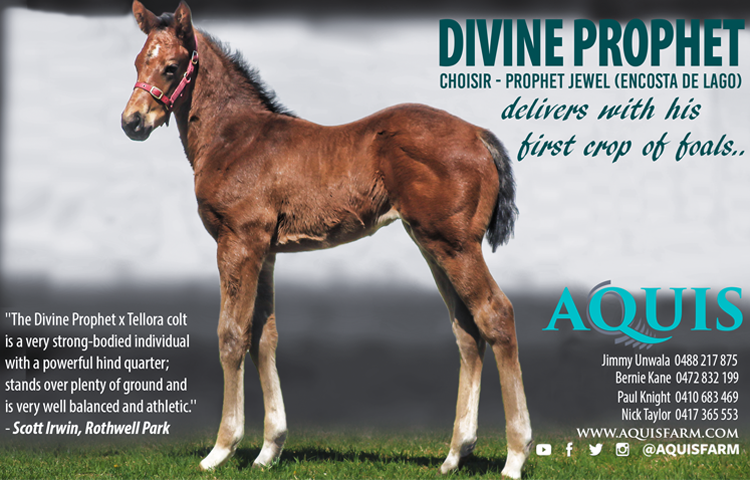 In the opening 850 metre heat, the youngster is the first live foal of Scandiva (Fastnet Rock), who won the G2 Magic Night S., and finished runner-up in the G1 ATC Sires’ Produce S. It is her background that ensures there’s plenty of interest in Oslo’s early progress.

Scandiva is a daughter of the G2 QTC Cup winner Scandinavia (Snippets) and she is also the mother of the G1 Galaxy winner Magnus (Flying Spur) and the G2 Schillaci S., winner Wilander (Exceed And Excel). This is a family that features the champion mare Black Caviar (Bel Esprit). The three-time Australian Horse of the Year remained undefeated throughout her decorated 25-start career, posting multiple Group 1 wins in the process.

The second heat will feature one of the first representatives of Coolmore’s Rubick (Encosta de Lago) in Bjorn Baker’s filly Bright Rubick. She is a daughter of the Listed winner Torah (Spinning World {USA}) and is a direct descendant of the G1 Vanity H., winner Miss Toshiba (USA) (Sir Ivor {USA}).

Heat three features the high-priced Battleground (Snitzel), another for the Harron/Snowden team and this one a $900,000 Magic Millions Gold Coast Sale buy. He is a half-brother to the dual winner Madame Pauline (Redoute’s Choice).

Their dam is the unraced Madame Andree (US) (War Emblem {USA}), who is out of the Sunday Silence (USA) mare Glamour Stock {JPN}).

Three million dollar babies will be followed with keen eyes.

Rome (Pierro), from Dance Card (Exceed and Excel), was a $1.05m purchase by James Harron from the Bhima draft at Magic Millions. He lines up in the same trial as the most expensive entry, Stark - a colt by I Am Invincible from G1 winner Commanding Jewel (Commands), who is a half-sister to Atlantic Jewel. Stark was a $1.45m buy from the Vinery draft at Magic Millions by Jadeskye, BK Racing and Brad Widdup.

In the same trial as Rome and Stark is Autocractic, the Wandjina three-quarter brother to Newgate Farm sire Russian Revolution, a $335,000 weanling.

The third seven-figure yearling to stride out at the trials is Invincible Vision, a half-brother by I Am Invincible to Golden Slipper winner Mossfun (Snitzel) purchased for $1.05m by the Gai Waterhouse, Adrian Bott, Bluesky Bloodstock trio. This Inglis Easter graduate was sold by Fairview Park Stud.

In heat 10, Dolci will represent the exciting first season sire Brazen Beau (I Am Invincible), a multiple Group 1 winner and champion sprinter before joining the Darley roster.

Brazen Beau was trained by Chris Waller and with agent Guy Mulcaster he signed for this filly for $140,000 at the Magic Millions Gold Coast Yearling Sale.

She is the first foal of the dual winner and Group 2 performer Fantome Gris (Sebring) and is out of the Listed North American winner Paris Return (USA) (Cozzene {USA}).

Gai Waterhouse is particularly aware of the background of More Joie (More Than Ready), who runs in heat 12, for her and training partner Adrian Bott. The $110,000 purchase is from the potent Group 1 family of former stable stars More Joyous, Tuesday Joy, Sunday Joy and Arlington Road.