The arrival of Highland Reel (IRE) (Galileo {IRE}) at Swettenham Stud is a continuation of a lengthy family friendship. One of the best-credentialed stallions to ever stand in Victoria, he will be serving a quality book in line with his profile in his first season.

Highland Reel won seven times around the world at Group 1 level, his travels also taking in Australia when he finished third in the 2016 G1 Cox Plate behind Winx (Street Cry {IRE}).

“Coolmore and Swettenham have always had a very strong relationship,” Swettenham’s Adam Sangster said. “When Coolmore was first established my father (Robert) had a third partnership.

“Coolmore and Swettenham have always had a very strong relationship.” – Adam Sangster.

“Before Coolmore set up in Australia, the Sangster and Hayes operations stood their stallions. I have a strong relationship with Tom Magnier, it’s really about two families that have grown up together. 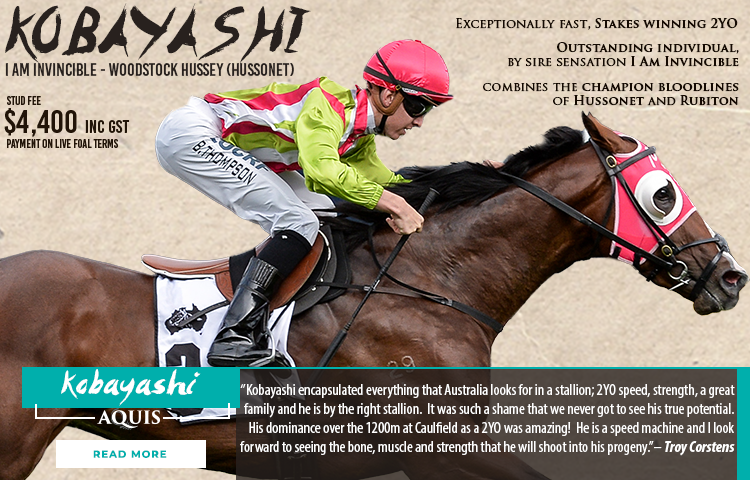 “We bred Sadler’s Wells and stood him at Coolmore and that’s going back a long way.”

And now it’s on to Highland Reel, who will stand at $15,000 + GST, and he’s received a rousing reception at his new Nagambie home.

“He’s been welcomed to the party strongly,” Sangster said. “A lot of people got to see him all around the world and know how tough and good he was.

“A lot of people got to see him all around the world and know how tough and good he was.” – Adam Sangster.

“He’s got the race record, the pedigree and conformation, he’s going to be a popular boy. He’s the best-performed stallion we’ve ever stood and he’ll be among the top 10 per cent of the most popular stallions in Victoria.

Highland Reel is a son of Hveger (Danehill {USA}) and is a brother to the dual European Group 2 winner and Group 1 performer Idaho and to Valdemoro (Encosta de Lago) who twice finished runner-up at the elite level in Australia.

“Highland Reel has already covered 20 mares and among those are the dams of stakes producing mare and stakes winners,” Sangster said.

Meanwhile, the first representatives of the multiple Group 1 winner Toronado (IRE) (High Chaparral {IRE}), whose fee is $20,000 + GST, will hit Australasia’s tracks this season. He shuttles between Al Shaqab’s French base at Haras de Bouquetot Stud.

“It’s a relatively new relationship, but a very good one that’s working well,” Sangster said. “The stallion’s going along strongly and we’ve enjoyed very good feedback from all the trainers that have got them. Again, he’s be in the top 10 per cent of stallions in Victoria.