3 min read
Top class mare Shoals may not be fully wound up for her Moonee Valley return on Saturday, but she’s close enough to be a major player. All roads lead to The Everest for the dashing 4-year-old, but in the meantime there’s business to attend to in the G2 Mitty’s McEwen S.

The Anthony Freedman trained Shoals hasn’t stepped out since she triumphed in the G1 Sangster S., at Morphettville having previously struck at the highest level in the Surround S., at Randwick and the G1 Myer Classic at Flemington.

“Her work has been very strong and we’re looking forward to having her back at the races,” Freedman’s racing manager Brad Taylor said. “She’s had a faultless preparation to date and both of her trials were the best of her career.

“Her work has been very strong and we’re looking forward to having her back at the races.” – Brad Taylor. 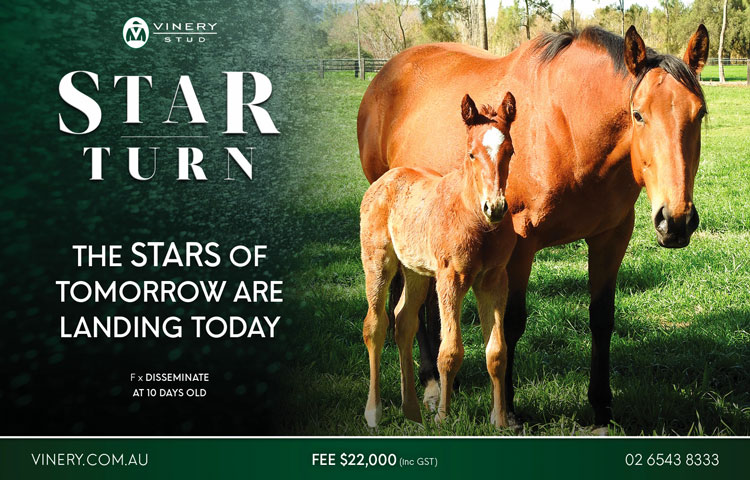 “We can’t fault her and while there’s still improvement to come, we’re confident she’s going to be competitive. We’re not too worried about the opposition – Nature Strip has got a big boom on him and we’re happy to fly under the radar.”

Shoals was the fifth runner locked into The Everest when claimed in mid-June by slot-holder The Star Entertainment Group. “After this run, she’ll go back to the Valley for the Moir S., and then head off to Sydney,” Taylor said.

“It’s an exciting six weeks ahead. Tim Clark will be on her and he’ll be riding her right through the campaign. There will be plenty of speed in the race and look for her to be coming home strongly.”

“There will be plenty of speed in the race and look for her to be coming home strongly.” – Brad Taylor.

Bred and raced by Arrowfield Stud and Jonathan Munz’s GSA Bloodstock, Shoals is a daughter of The Broken Shore (Hussonet {USA}) who was a $1.9 million Magic Millions Broodmare Sale purchase and is a half-sister to the champion stallion Redoute’s Choice (Danehill {USA}).

A brother to Shoals was sold for $2.3 million at the Inglis Easter Yearling Sale earlier this year to Freedman, who will have a strong hand in The Everest with Santa Ana Lane (Lope De Vega {IRE}) to represent Inglis.

Last year’s G1 Sir Rupert Clarke S. winner Santa Ana Lane added the G1 Goodwood and the G1 Stradbroke H., to his record during his last campaign. He impressed when he came from the tail of the field under 60kg when a recent resuming fifth in the G3 Heath at Caulfield.

“He's come through that run really well,” Taylor said. “He'll improve second-up and be peaking third-up in the Everest.”

An $80,000 graduate of the Inglis Melbourne Premier Sale, the son of Fast Fleet (Fastnet Rock) is expected to run next in the G2 Shorts at Randwick on Saturday week.