The Danehill Effect - is it working?

4 min read
The thoroughbred racehorse is the result of centuries of careful grafting of the best bloodlines, or so the story goes. But even the most ardent fan of the thoroughbred cannot believe that this is always the case. There’s no doubt that the drivers of racehorse development in recent times are perhaps not quite the same as those that sent the thoroughbred on its way centuries ago.

The commercial imperative is now quite clearly in the driver’s seat.

In Australia the rush for horses that can compete successfully at up to 1600m, particularly at the age of two, has seen neglect in the development of stayers. Just examine the makeup of recent Melbourne Cup fields. Owners looking for success in the big weight-for-age and Cup races are now looking increasingly to Japan and Europe for horses good enough to compete. It will take plenty of time and effort to drive buyers back to the sales in search of such horses and it is open to question whether that’s even possible.

Take, for instance, the phenomenal success of Sadler’s Wells (Northern Dancer) and Galileo (Sadler's Wells) in the northern hemisphere. There comes a point when even an organisation as successful as Coolmore is left pondering the way forward for their broodmare band that contains so much Sadler’s Wells and Galileo blood.

In Australia, it is the same story with the great Danehill (Danzig), the stallion most responsible for intense focus on speed lines in Australia in the last 20 years. Danehill blood is now so pervasive in Australia that it can cause breeders to scratch their heads when looking to mate mares that carry his genes. Many of the very best sires that the top breeders crave also carry the same Danehill blood.

And here’s the problem. Top-class racehorses inbred to Danehill have been conspicuous by their absence.

And here’s the problem. Top-class racehorses inbred to Danehill have been conspicuous by their absence. - John Boyce 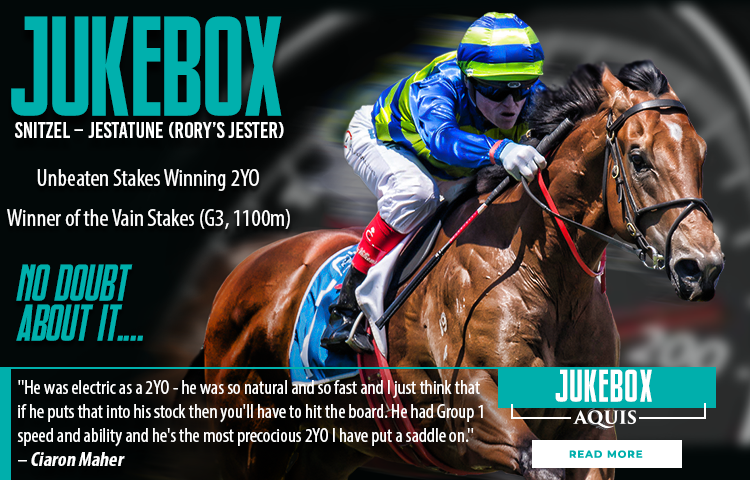 To inbreed, or not?

To date, there have been 3,406 runners foaled in Australasia inbred to Danehill within five generations. Rather surprisingly, only 2.2 per cent of them were good enough to win a black-type race. And only 33, or just less than one per cent, were talented enough to win a Group race. Incredibly, there are only six G1 winners in Australia inbred to Danehill – the most recent being dual G1 winner Alizee and back-to-back Champagne heroes The Mission and Seabrook.

"Just over two per cent of the whole population are black-type winners, so inbreeding to Danehill on such a scale clearly doesn’t bestow any advantage whatsoever." - John Boyce

Whilst it is true that, as Danehill recedes into pedigrees, there will doubtless be many more top-flight racehorses, the inescapable conclusion is that so many breeders have been enticed down a road that has proved unsuccessful in the main. Just over two per cent of the whole population are black-type winners, so inbreeding to Danehill on such a scale clearly doesn’t bestow any advantage whatsoever.

Perhaps a clearer picture can be had from looking at the 36 stallions that have had 25 or more runners inbred to Danehill.

The 36 in question have had 12,640 runners from all their mares and produced 623 black-type winners, which gives us a strike rate of 4.9%. Among these 12,640 horses are 1,815 that carry at least two duplications of Danehill within five generations. This sub group contains only 58 black-type winners, or 3.2% of the total.

There are a handful of sires that have benefitted from doubling up on Danehill.

Beneteau (Redoute's Choice) from 21 runners has sired four (19%) black-type winners, including Group-winning brother and sister Prompt Response and Prompt Return. All four of these Stakes winners have Danehill in the third or fourth remove of their pedigrees.

Spirit Of Boom (Sequalo)(Danehill in his third generation) has also got an impressive strike rate with Danehill blood. His three black-type winners represent 13.2 per cent of his runners, well ahead of the 8.3 per cent recorded so far from all his runners.

With the great Danehill, it just goes to show that it is indeed possible to have too much of a good thing too soon!