Patience not a forgotten art

Gordon Cunningham never doubted Unforgotten (Fastnet Rock) would make her mark in top company if she was handled with patience. The Curraghmore principal was therefore delighted when she found her way into the hands of champion trainer Chris Waller.

“She was born and bred at Coolmore and she came over to New Zealand in a group of horses that included the Caulfield Guineas winner Mighty Boss,” he said. “We felt she was suited to Karaka as a filly that would need a bit of time and would get over ground.”

Unforgotten was sold by Curraghmore in 2016 for NZ$360,000. “She was a filly with a lot of scope, she moved well and she’s from a very good family,” Cunningham said. “The Fastnet Rock-Galileo cross has proved exceptional. She was selected by Guy Mulcaster and Chris Waller has given her time to mature, he’s doing a brilliant job.

“She really exploded in the Chelmsford and there’s a lot more ahead of her through the spring.”

Unforgotten won the G1 Australian Oaks last season and at her 12th start on Saturday she claimed top honours in the G2 Chelmsford S., at Randwick. The 4-year-old is now on a path toward the G1 Caulfield Cup.

“There are so many options in the spring,” Waller said. “I could have gone the Epsom and Cox Plate with her bar for Winx.” 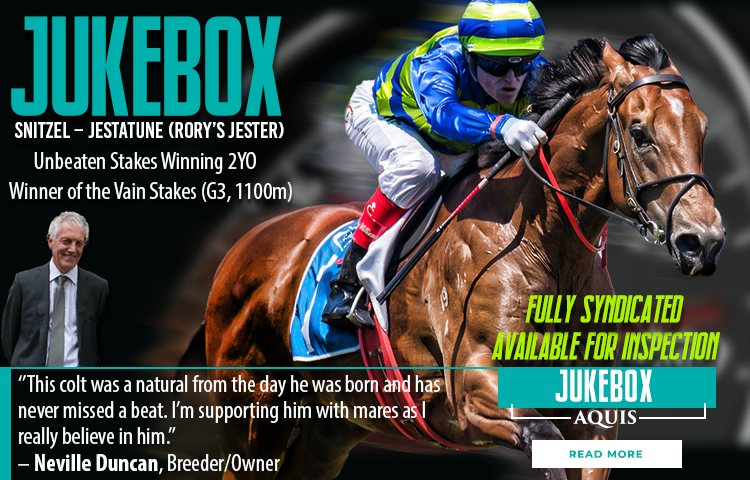 Curraghmore also celebrated black type success with farm graduate Theanswermyfriend (NZ) (High Chaparral {IRE}) in the Listed Penny Edition S., at Morphettville. “We sold him as a yearling to Aquanita for $70,000,” Cunningham said. “He’s a terrific horse and he’s had a bit of tough year with a couple of stable changes, but each time he runs he leaves the tank empty and still finds the line. He’s obviously got a great constitution.”

From the family of the G1 Irish Oaks winner Moonstone (GB) (Dalakhani {IRE}), Theanswermyfriend has now won three of his five starts for Darren Weir. Adding further to Curraghmore’s weekend was the debut success of Loose Cannon (NZ) (Tavistock {NZ}) at Ruakaka. “She was bought by Sheamus Mills as a weanling and we offered her as a yearling at Karaka,” Cunningham said.

Trained by Stephen Marsh, Loose Cannon was purchased by Go Racing NZ$150,000 last year and is from the family of the Group 3 winners Smytzer’s Rivalry (Made Of Gold {USA}) and Scarlet Billows (Street Boss {USA}).