4 min read
While the Cambridge Stud brand has been etched into New Zealand racing history, the Lindsay's have grand ambitions to carry that legacy forward into the future, beginning with European Champion Almanzor.

The Lindsays’ involvement began early through family connections. “Jo’s father was an average gambler and my Dad would go to the TAB on a Saturday and we spent a lot of time as children at the races,” Brendan Lindsay said.

“I bought my first horse with Trevor McKee and had a bit of success. It was by Centaine and called Maintain so it was Trevor who introduced me to ownership and that’s when I really caught the bug.

"To be a good winner you have to be a better loser.” - Brendan Lindsay

“It gets into your blood and we all have such high hopes and now and again dreams do come true, but to be a good winner you have to be a better loser. Racing is a sport and not a sport of kings – it’s there for everybody to be involved in some way.”

“It gets into your blood and we all have such high hopes and now and again dreams do come true, but to be a good winner you have to be a better loser.” 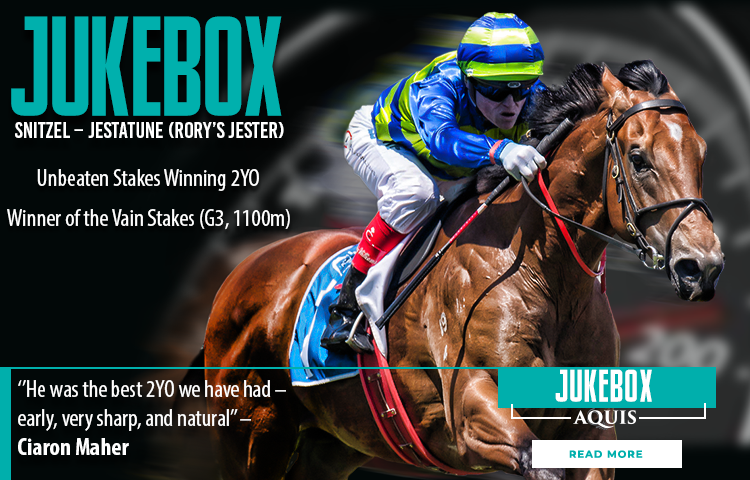 Lindsay said they were fortunate to have inherited skilled staff and subsequently added to the line-up with the appointment of the experienced and respected Henry Plumptre as chief executive. “We were lucky enough to get Henry on board and having Marcus Corban (stud manager) staying on. We don’t have the experience to run this business and passion can only get you half-way.

“In this game, enthusiasm can carry you a long way and everything has slotted into place. We’ve just had so much support from breeders as well.”

Cambridge Stud is home to stakes producers Tavistock (NZ) (Montjeu {IRE}), Burgundy (NZ) (Redoute’s Choice) and Highly Recommended (Fastnet Rock), who has relocated this season from the South Island, and they have been joined by the European Group 1 winner Almanzor (FR) (Wootton Bassett {GB}). His recruitment was sparked by the stud’s Head of Sales and Nominations Scott Calder.

“Scott worked for Coolmore in America and they tried to buy the horse off the track,” Lindsay said. “He said to us - you guys need to seriously look at this horse.

“He said to us - you guys need to seriously look at this horse.” - Brendan Lindsay

“At the time, I thought it was too much money, having just bought the stud, but in the end Henry and Scott said to take the business to another level we’ve got to invest back into the industry and we did need a headline horse.

“We can’t afford to shop in Australia and don’t have $50 or $60 million, our industry isn’t strong enough to justify that. Almanzor is going to suit more mares than most, he’s the perfect outcross, and he was a serious horse – he won Group 1s in three different countries and the other thing is that he backs it all up with his looks and temperament.”

Almanzor won six of his 11 starts, including the G1 Prix du Jockey Club at Chantilly, the G1 Champion S., at Ascot and the G1 Irish Champion S., at Leopardstown and will naturally be heavily supported by the stud.

“We took over 80 broodmares from Sir Patrick and we had 40 of our own,” Lindsay said. “Since then, we’ve retired or sold about 25 of those mares, some of the bloodlines had come to an end and we’re looking to build up again.”

The Lindsays will also recruit from their racing string of well-bred fillies and mares, the majority of them based at their private training facility at Karaka under the guidance of Lance Noble.

While the Cambridge Stud brand has been etched into New Zealand racing history, the Lindsay's have grand ambitions to carry that legacy forward into the future.