The age-old question: why a mare's age matters

5 min read
In the first of a regular column on stallions, sales and the bloodstock industry for TDN AusNZ, John Boyce examines how mare age can influence stallion performance.

The effects of maternal age in racing have been looked into many times over the years and successful breeders have long realized that mares tend to produce their better offspring when young.

It was one of the reasons that the great Secretariat ended up in the hands of Penny Chenery, Ogden Phipps rejecting the eventual Triple Crown winner from a twenty two year old-mare Bold Ruler foal share deal on the basis of his belief that younger mares produce better racehorses.

"It was one of the reasons that the great Secretariat ended up in the hands of Penny Chenery." - John Boyce

And there have been many other instances of great horses having been produced by old dams. But we still cannot get away from the fact that most mares will produce their very best among their first four foals.

One of the recognised causes is the state of a mare’s in-utero environment, which declines in many mares after successive foals are produced.

The table below illustrates how a mare’s ability to produce a Stakes winner declines as she gets older. From a large group of Australian mares with full breeding careers – they all had at least eight foals – we can clearly see how less effective they become.

For instance, at age 15 and above, they retain only 40% of the probability of producing a Stakes winner that they started out with.

This fall off in a mare’s ability to produce her best can have significant bearing on how to manage a broodmare band or indeed how to construct an optimum book of mares for an oversubscribed stallion. In reality, most stallion books contain a wide range of ages, but occasionally there can be a higher ratio of older mares. It tends to happen when a high-profile racehorse retires or when a stallion makes good with his early runners.

The phenomenon can be illustrated by Frankel, a stallion that was understandably oversubscribed in his first seasons at stud. Perhaps inevitably, the team Juddmonte placed huge importance on proven producers. After all, why wouldn’t you fill your stallion’s books with proven producers? 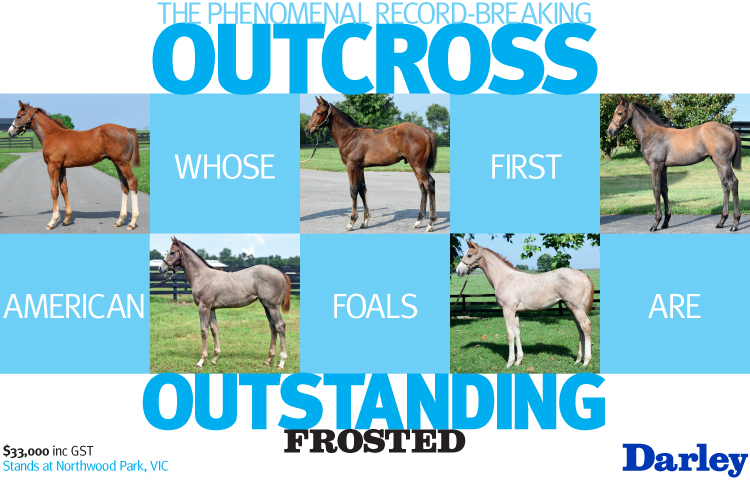 So, are we to look less favourably on Frankel as a stallion? Can he be accused of not upgrading his mares? The answer of course is no. He’s been covering plenty of mares that are simply past their prime and many have already had their day in the sun. That does not mean they’re not desirable mares. Far from it. They are going to play a vital part in building a sire’s reputation.

In one sense, it matters not if the dam of a G1 winner can produce only a G2, G3 or Listed winner in later life. Stakes winners are Stakes winners. But the inescapable fact is that young mares tend to produce the brilliant racehorses.

"The inescapable fact is that young mares tend to produce the brilliant racehorses. Three of Frankel’s four G1 winners are from mares aged 10 and under." - John Boyce

Three of Frankel’s four G1 winners are from mares aged 10 and under, including the outstanding Cracksman – and 13 of his 20 Group winners are from younger mares. He gets an excellent 13% Stakes winners from his older mares, but 18.9% from those aged ten and under.

It’s to his great credit that the first-crop Frankels are now surpassing their siblings’ scores: 21.5% Stakes winners to 20.4% – even with 40% of the Frankels being out of older mares.

This is also an issue that Champion sire Snitzel is now beginning to confront. His current four-year-old crop contains 14.4% Stakes winners to the end of their three-year-old campaign. Their siblings, meanwhile, have recorded a figure of 15%.

Here again, a greater proportion of older proven mares covered as a result of his success will show Snitzel in a less flattering light if interpreted literally. That said, it has to be odds on that Snitzel will surpass the 15% over the next few seasons as more of his 2014 offspring achieve their Stakes-winner status.

"The task for any breeder or stallion master is to understand the true potential of any mare, whatever age. And understanding the effects of maternal age is key to this understanding." - John Boyce

Maternal age can also explain why sire-broodmare sire nicks tend to become less effective over time. There’s no doubt that breeders may take some short cuts when nicks become popular. It is also a fact that a broodmare sire’s mares are going to be more effective in their early years. It therefore stands to reason that more and more older mares by a broodmare sire remain in production they’re bound to drag his numbers down.

The task for any breeder or stallion master is to understand the true potential of any mare, whatever age. And understanding the effects of maternal age is key to this understanding.